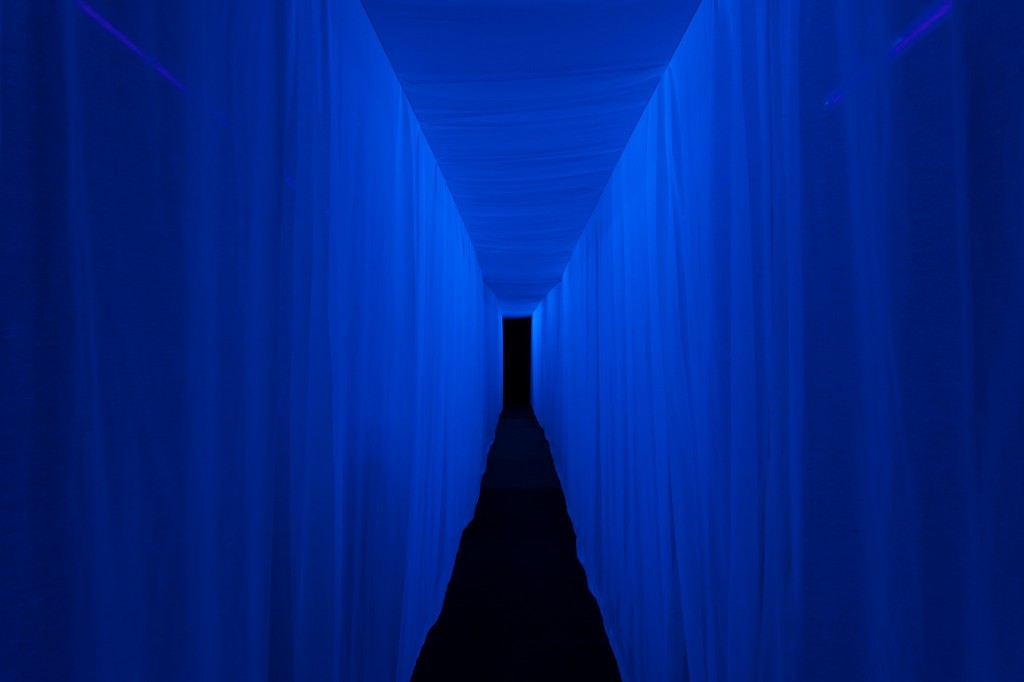 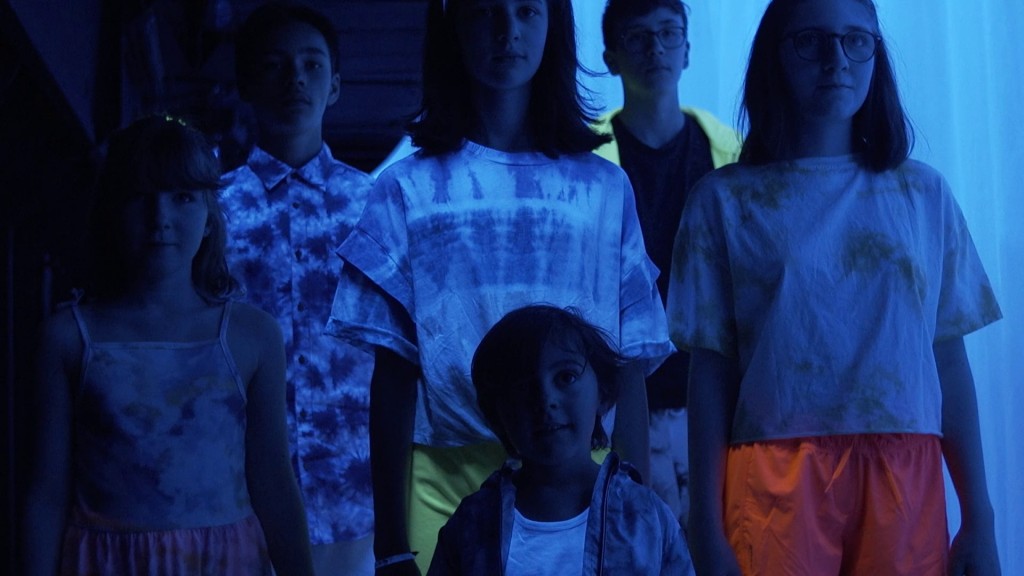 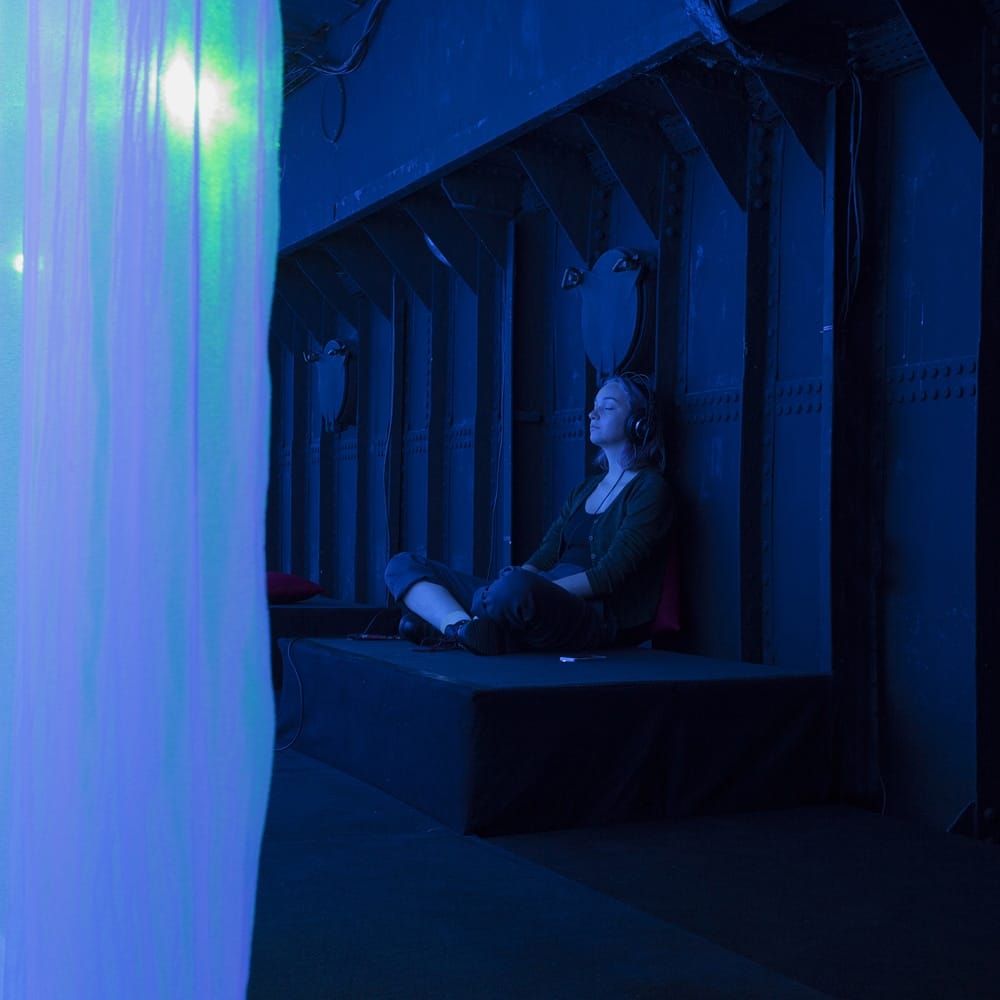 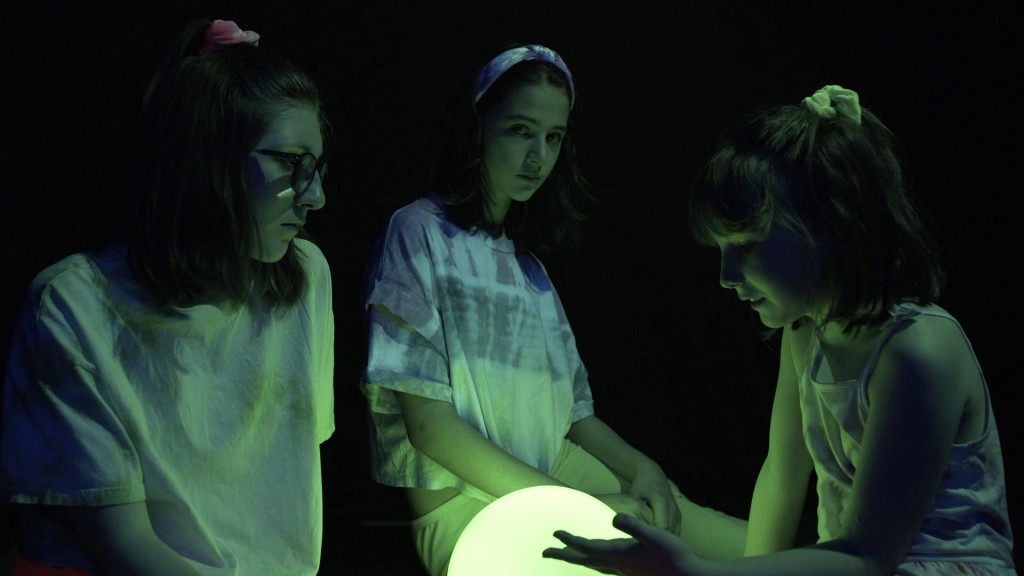 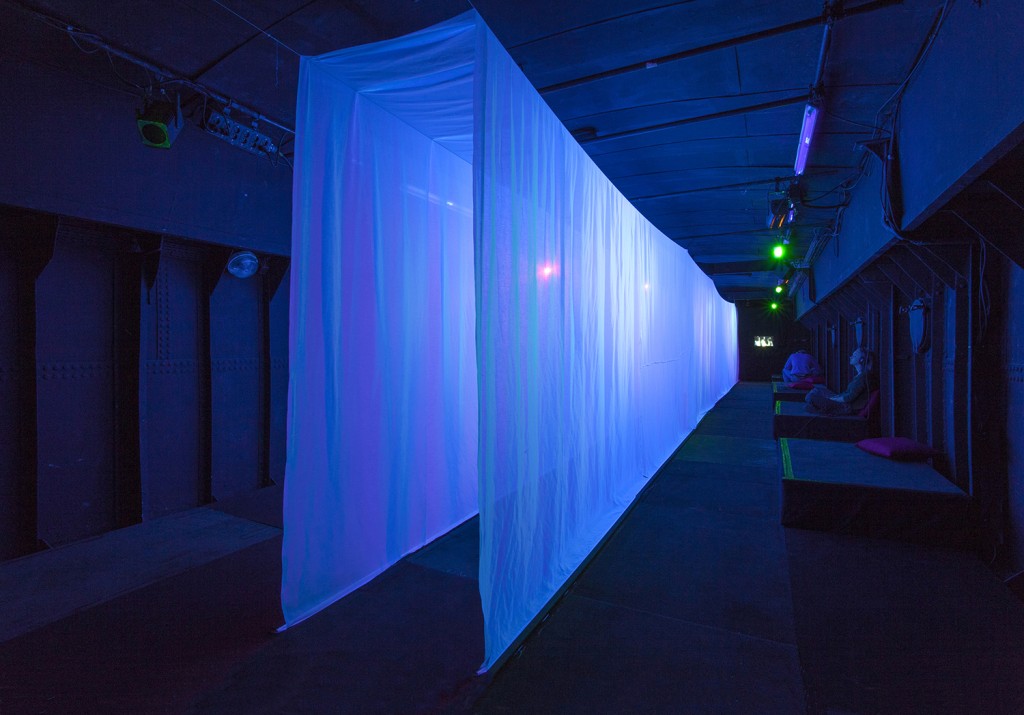 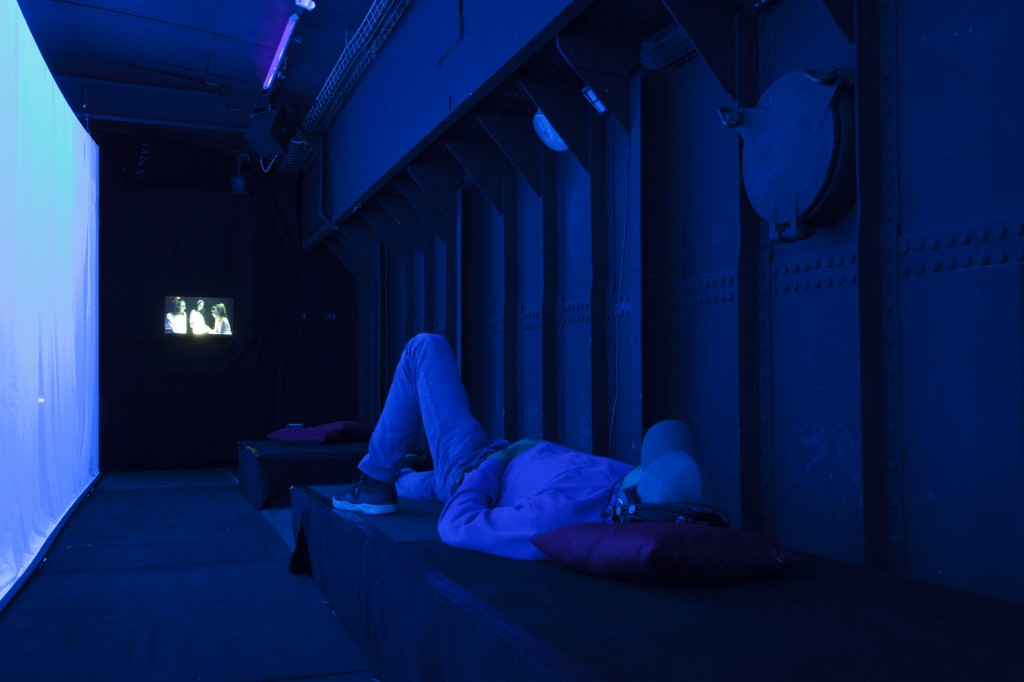 Installation, 2020
Corridor of 18 meters in white linen lit by black, green and pink lights,
2 sound pieces of 25 min, one to listen to with headphones, the other spatialized on 6 speakers
25-minute video diptych broadcast on two flat screens,
Production La Pop

Orpheus Collective is a sound and video installation proposed by Violaine Lochu at the invitation of Pop. It is designed and composed from children’s voices.

Poet, musician and prophet, Orpheus is associated with perilous crossings and the beyond. He participates in the expedition of the Argonauts, during which the song of his lyre allows his companions to resist that of the sirens, whose he manages to overcome the power of seduction. His descent into Hell to bring back his wife Eurydice – adventure unhappy outcome – is the crux of the myth.

In Greek mythology, the Underworld is surrounded by the Acheron River, which the dead, exceptionally a few alive, cross on the old man Charon’s boat. Violaine Lochu in turn offers a crossing. Towards what horizon are we heading? Is this a form of hell? Will we come back? What are we going to leave there?

In certain moments of crisis, the figure of the child prophet, which here echoes that of Orpheus, has the role of preventing men of the dangers which threaten them. The children’s voices collected and then reactivated by the artist pose in their own way the question of our common future.