The moving things project was first conceived as a display activated daily by four to eight performers, in interaction with visitors.The measures related to the health situation ten days after the opening led the artists to give it a new form. A duo performance, carried out behind closed doors over a day, in the form of vignettes filmed by videographer Cécile Friedmann, is both the epilogue of the first part of the exhibition, and the starting point of the second. In this configuration, it is no longer the relationship with the public that induces the action, but that of the two performers between themselves and with the elements of the display. Completely improvised, these performed haikus question not only bodies, voices, the use of artefacts, but also the notions of couple, double, symmetry and asymmetry… These thumbnails are documented on this site. In its new form, the exhibition shows the traces of this performance, like a sort of freeze frame. In the absence of the performers’ bodies, the space can also be understood as an installation endowed with its own quality of existence. 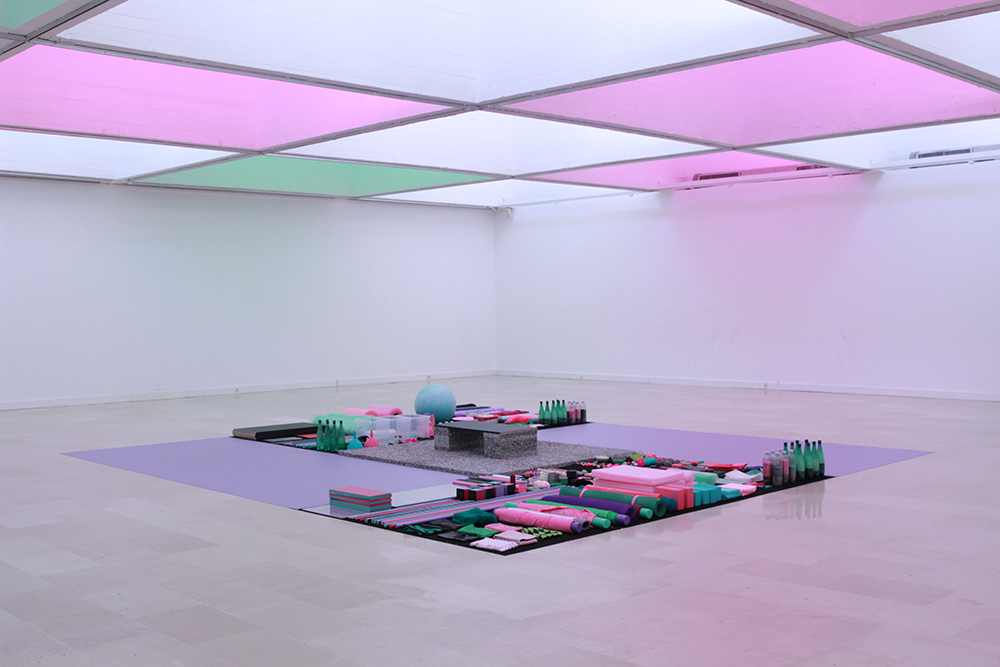 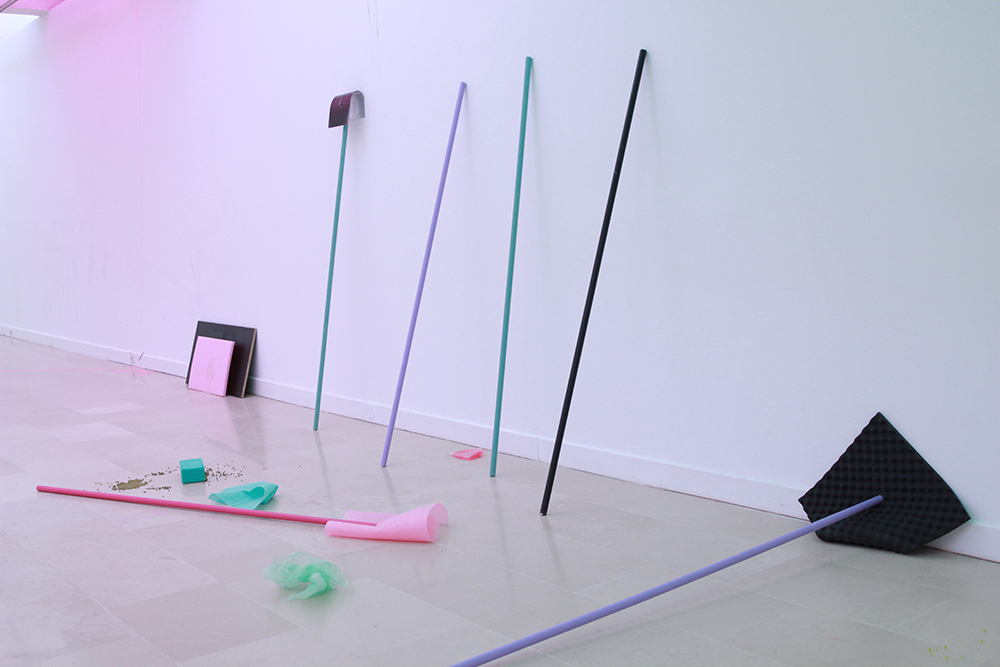 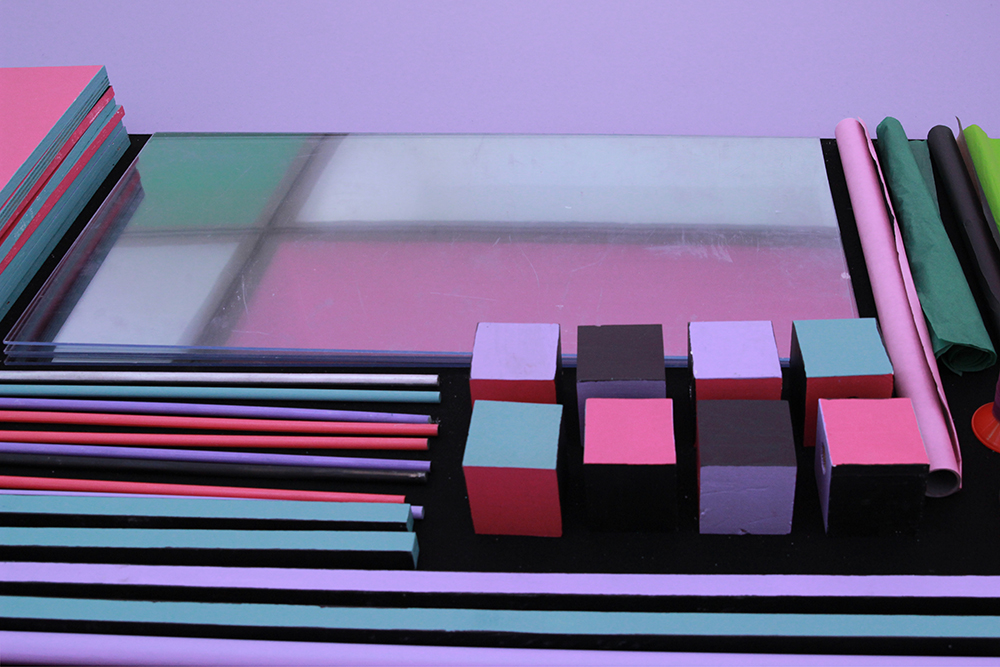 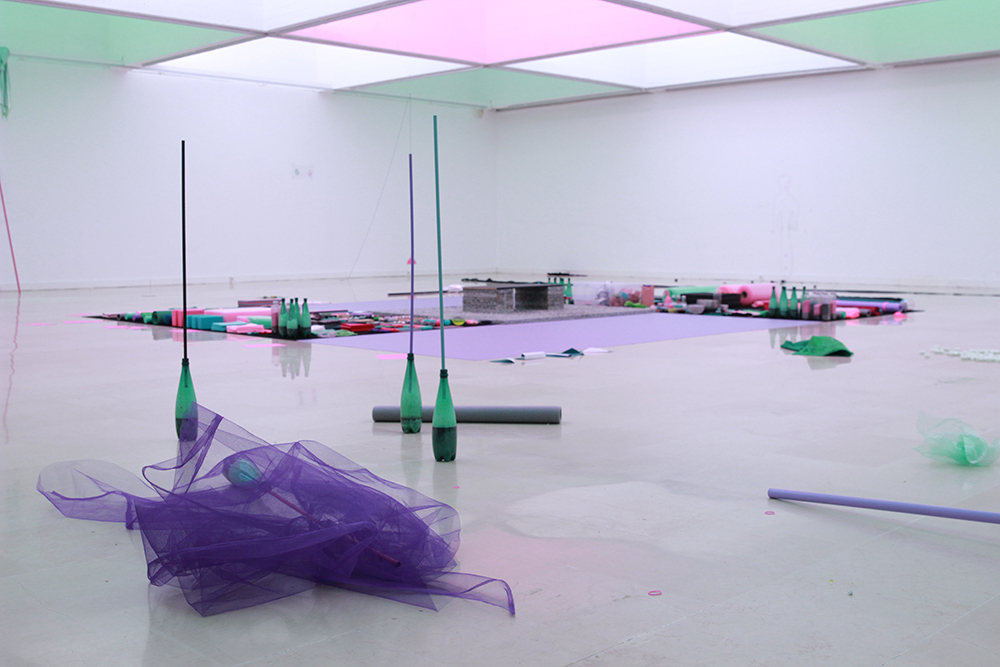 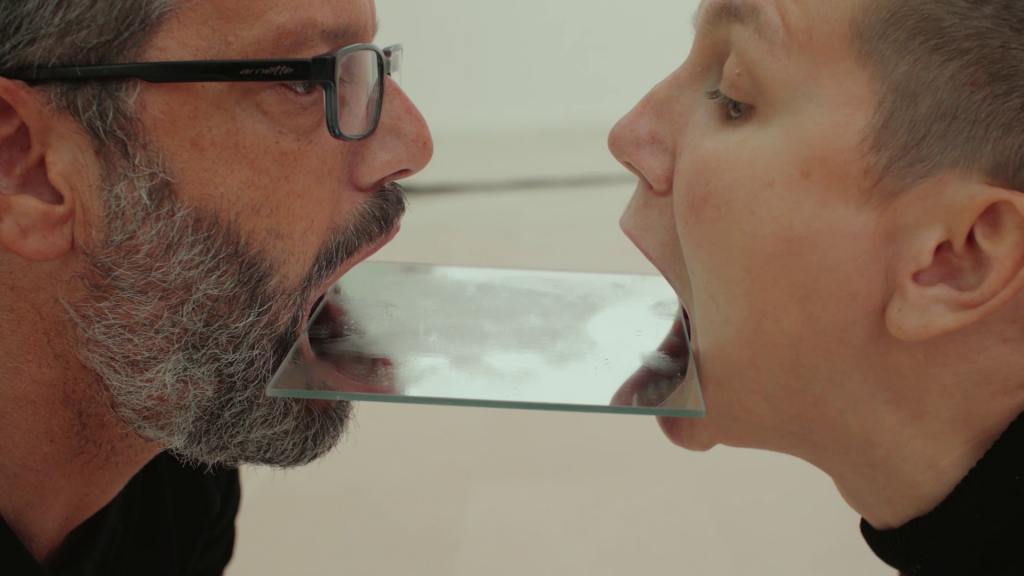 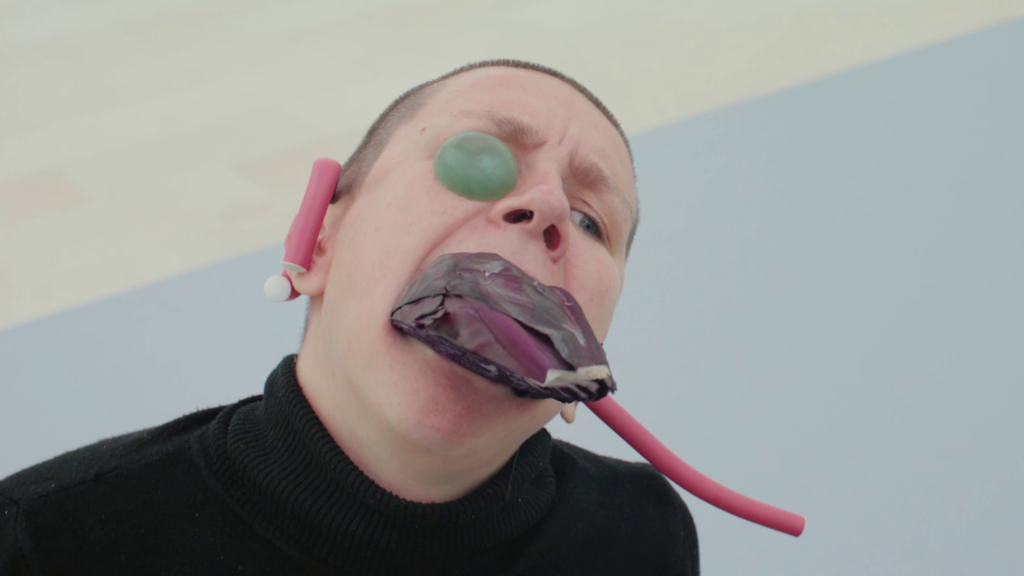 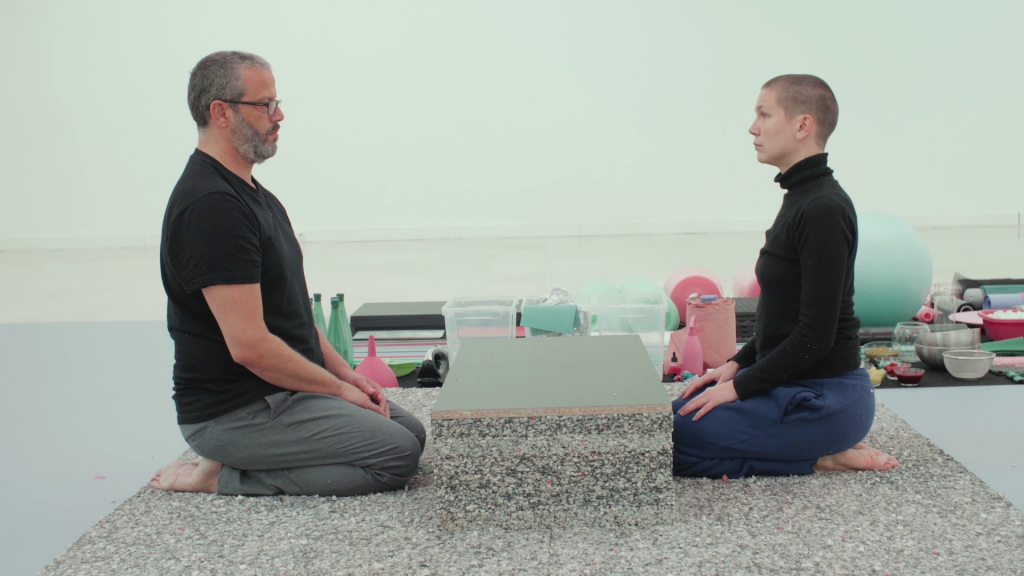