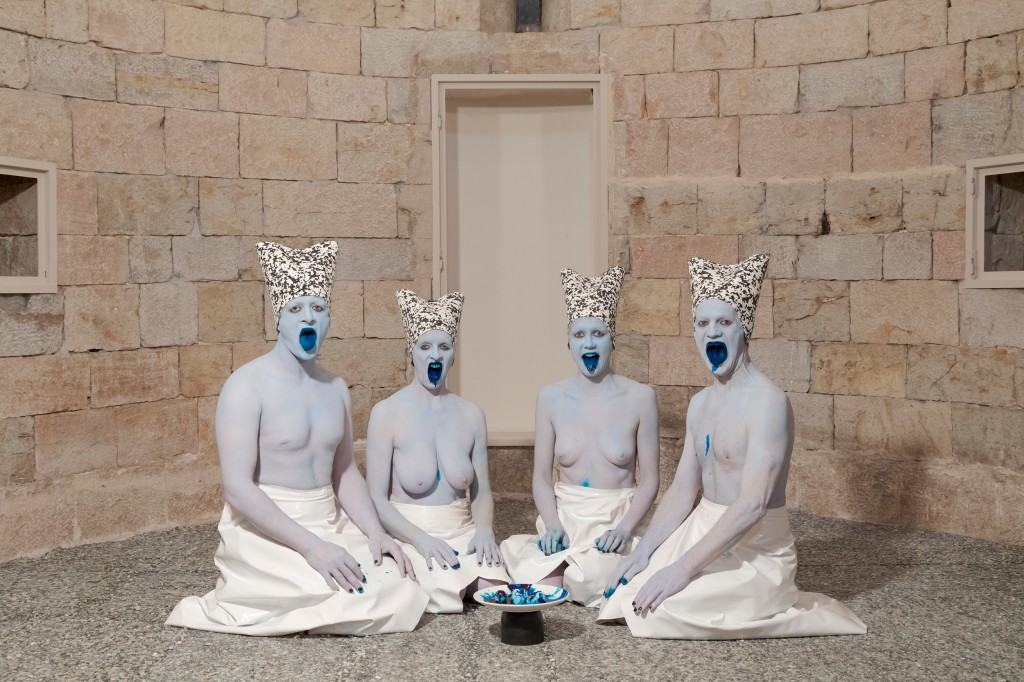 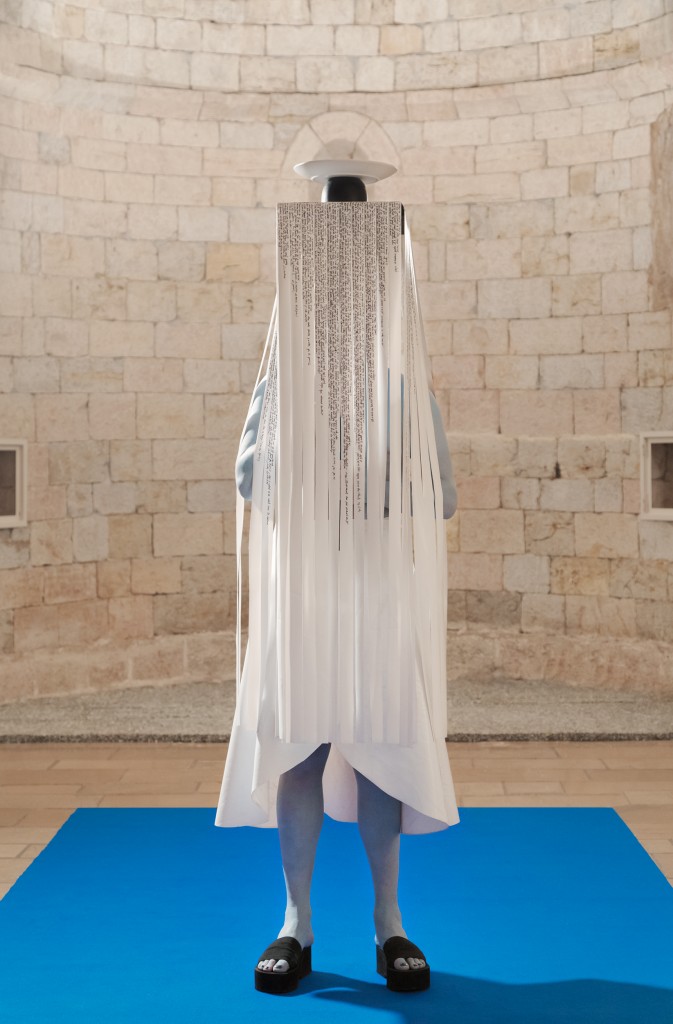 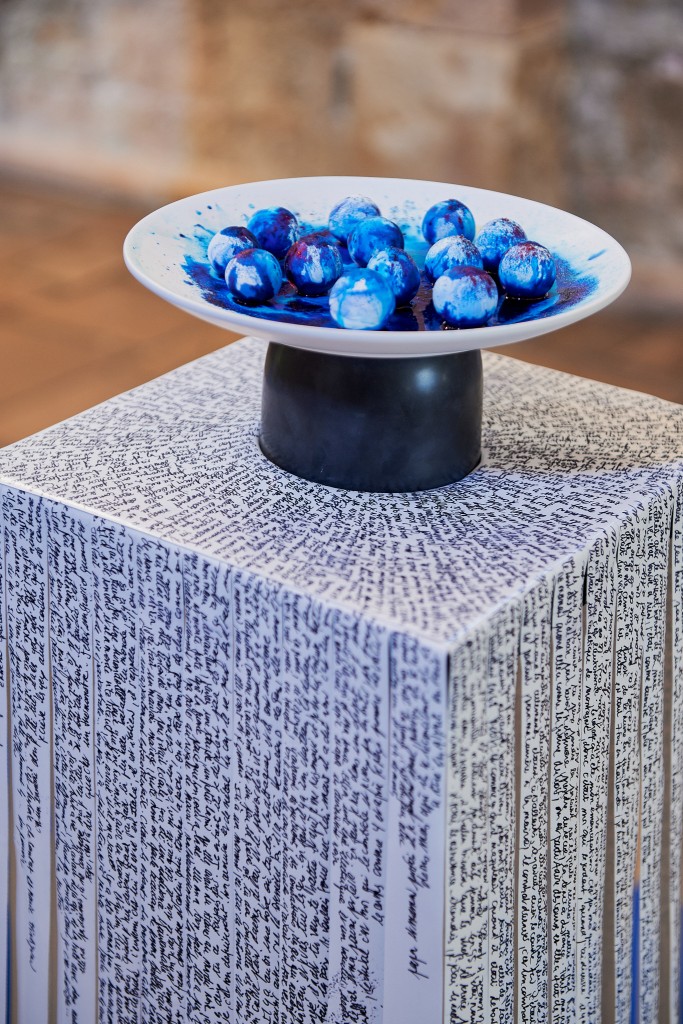 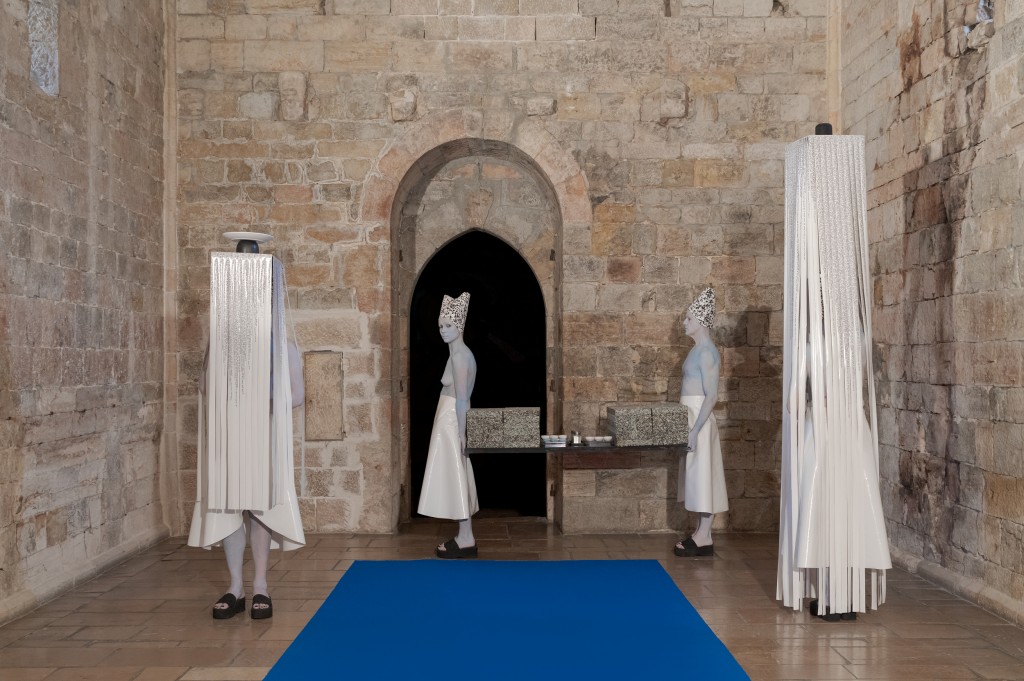 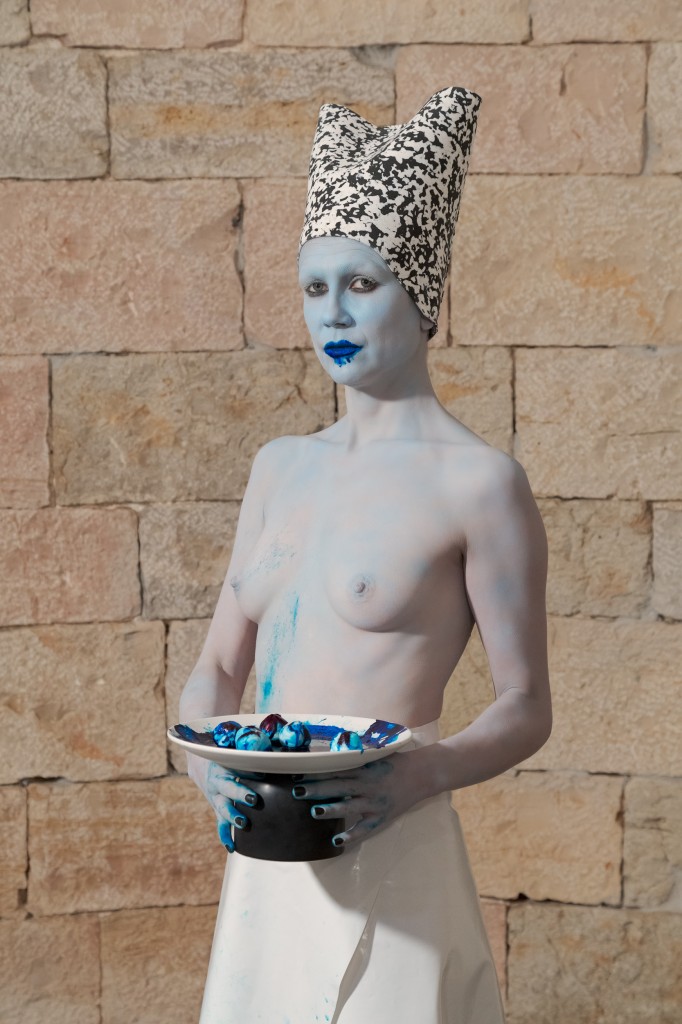 « Battle is a ‘performance exhibition’ by Violaine Lochu, designed to interact with the work La Guerre et La Paix by Pablo Picasso. As its title indicates, it deals with the notion of combat: battle directed against oneself or against the other, conflict experienced in one’s flesh, in one’s social or symbolic space. It consists of a video of a performance performed in situ, an installation of objects and a sound piece to be listened to via a QR code.

Two women and two men embody this art of combat. Blue skin, naked, eyes coated with kohl, dressed in a white skirt and wearing a crown, they perform from a distant future, a set of mysterious rituals: words are captured, transcribed on paper, transformed into matter organic, ingested and then released through voice and song.

These words were collected in Vallauris by Violaine Lochu, during the winter of 2021, from adults and children who agreed during interviews, face to face with the artist, to share their imagination and their experience of combat. . The traumas of the Algerian war, the fight against disease, mourning, family violence, uprooting and denigration thus constitute the raw material and the raison d’être of this artistic project, anchored in otherness and transposed voluntarily in the register of fiction.

In the decoration of the old chapel, the ceremonial, led by the four warrior-healers, seems to want to achieve a catharsis of this suffocated or unhealed suffering. It also recalls the primary and religious function of the place as a space of refuge and law.  » Gaïdig Lemarié, curator